Rice Eccles Stadium expansion brings even more excitement to the south endzone by adding new locker rooms, sports medicine facilities, and other football operation spaces. The Ken Garff Performance Zone includes suite, loge box, ledge and club seating, and the number of bench seats increases from the current number offered in the south end zone, increasing the capacity of Rice-Eccles Stadium from 45,807 to 51,444.

Construction is split into two phases to not impact the 2020 football season. Phase 1 began January, 2020, with pauses in construction for football games and other special events as needed. This phase includes underground utility and foundation work alongside the existing Clark Building on the south end of the stadium. The second phase commences with the demolition of the 37-year-old Clark Building, after which construction on the new Ken Garff Performance Zone will be completed by the start of the 2021 football season.

The Olympic flame has been removed and will be stored at SME Steel until being repositioned at the end of the project.

The skills and craftsmanship of SME Steel are showcased throughout this project. 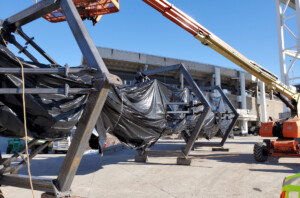 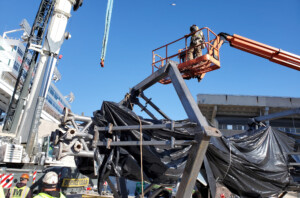 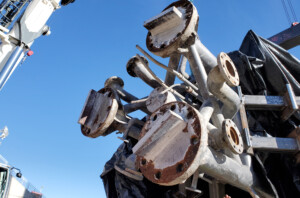 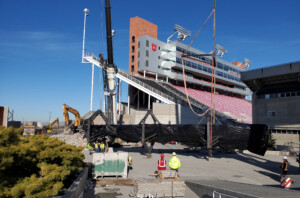 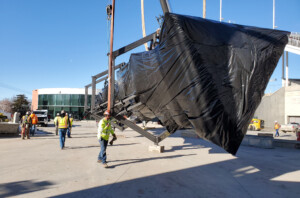 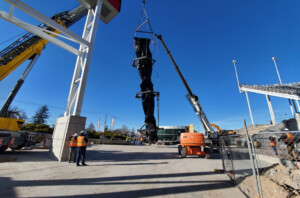 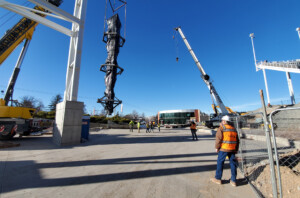 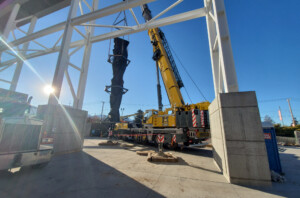 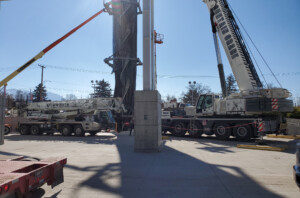 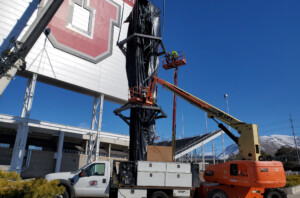