City of Angels’ Bedecked Box Is Tricky to Wrap 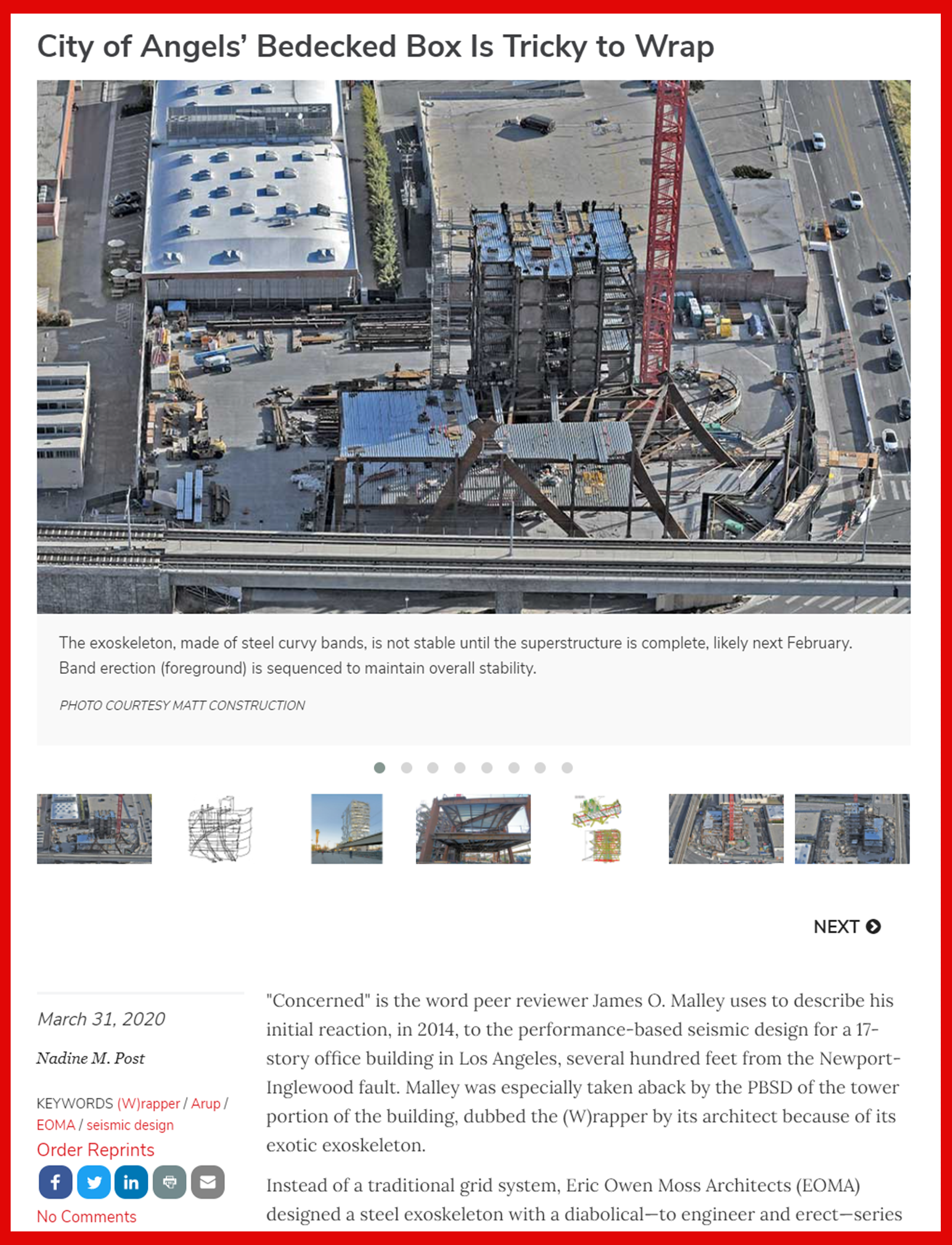 City of Angels’ Bedecked Box Is Tricky to Wrap

“”Concerned” is the word peer reviewer James O. Malley uses to describe his initial reaction, in 2014, to the performance-based seismic design for a 17-story office building in Los Angeles, several hundred feet from the Newport-Inglewood fault. Malley was especially taken aback by the PBSD of the tower portion of the building, dubbed the (W)rapper by its architect because of its exotic exoskeleton.

Instead of a traditional grid system, Eric Owen Moss Architects (EOMA) designed a steel exoskeleton with a diabolical—to engineer and erect—series of curvy and crisscrossing bands. At least to the uninitiated, the tower architecture is reminiscent of a giant gift box, festooned with randomly placed steel ribbons.”